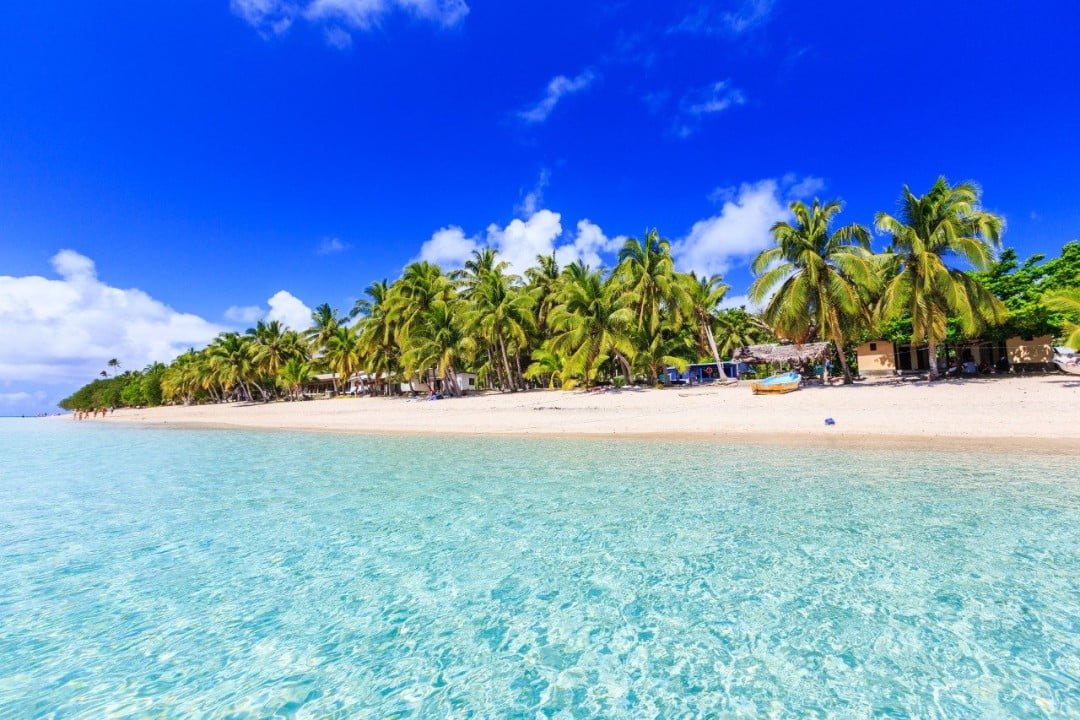 What We Can Learn from a $1 Fare to Fiji

When I tell leaders we have to model the change we want—that we can’t sit on the sidelines and hope our people “get” what we want from our communications alone—I hear a reasonable question…something like: “But I’m asking my people to go from Excel to a database. If I’m going to model this change, do I have to learn the database? That seems time-consuming and far-fetched.”

Yes, there are times when we can literally model the change. If we’re asking people to share the load, we can do simple things like helping to stuff envelopes. The more visible the better. Word spreads fast.

But usually it makes little sense to learn some new skill we’ll never use again just to show people we’re serious about a change. So we have to find ways to model a “Change Context.” Change Context is the bigger-picture thing we’re going for with the change.

Here’s where the $1 fare to Fiji comes in.

We woke up one day at Travelocity to find out we had a mistaken fare on our site. Word already had spread on a message board, and lots of people bought tons of these $1 fares to Fiji. They bragged. They high-fived. They bought tickets for friends and family. They were heroes.

Journalists covering the story actually came to our defense. “These people knew it was a mistaken fare,” they argued. “They shouldn’t take advantage of Travelocity like this.” Given that we had just democratized travel pricing, we had a lot of goodwill. These journalists’ gave us a good offramp—a good justification for refusing to honor the fare.

But our decision on what to do ran deeper. We were in the midst of a massive change. We’d grown fast, thrown people into our call centers, strung our products together. We were first and biggest, but lots of competitors also had grown up, and we were on the verge of becoming just another price comparison engine—a commodity. We needed to differentiate ourselves.

After research and discussions across the team, we found the right differentiator: Customer Championship. We would offer our customers a guarantee: “Everything about your booking will be right or we’ll work with our partners to make it right, right away.” Given we didn’t own any airplanes or hotels, this was a hard promise. And it drove massive change…changes in tools, rules. It drove 18 months and millions of dollars in investment.

Our problem was our people. We hadn’t supported our customer team like this in the past, so they weren’t buying this idea that we were suddenly going to change. Even when they saw the investment and time we spent on this initiative, they were touch-and-go at best.

Then, two weeks before we were set to launch the guarantee, we discovered the oh-so-costly $1 fare to Fiji. You can imagine what our people were saying: “Yeah right. Now we’ll see if they’re serious about this thing they call ‘Customer Championship.’”

Enter Michelle Peluso, our CEO. She had financial targets to hit. She had Wall Street. She had a board breathing down her neck. But she also was keenly aware that every person in the organization was watching her every move. She knew she couldn’t rationalize away something that would be counter to our Change Context: Customer Championship.

So she found a way. Recognizing this would be a boon in publicity for Fiji, she negotiated massive marketing deals with Fijian tourism organizations, and this covered the cost of the $1 fare. Then she went to that message board and told everyone with a $1 fare to “have a great trip.”

This had every person in the organization, including our doubtful call center team, saying: “Wow. They’re really serious about this Customer Championship thing.” We got a committed workforce—and lasting change as a result. Fifteen years, numerous CEOs and a new owner later, Travelocity was still using this Customer First Guarantee as its chief differentiator. It surely would have fizzled out, but instead it became lasting change, and that’s winning change.

So, what can we learn from this Fijian fiasco? That we can’t rationalize away even one action that’s counter to our Change Context. It can be very tempting to paper over some move we make that solves some short-term problem for us, even if it’s counter to the change effort we’re involved in, but it will doom the change we so desperately need. I’ve seen this happen often…I’ve been guilty of it. And I’ve failed at change as a result.

In the end, our biggest learning is that modeling means modeling—full stop.