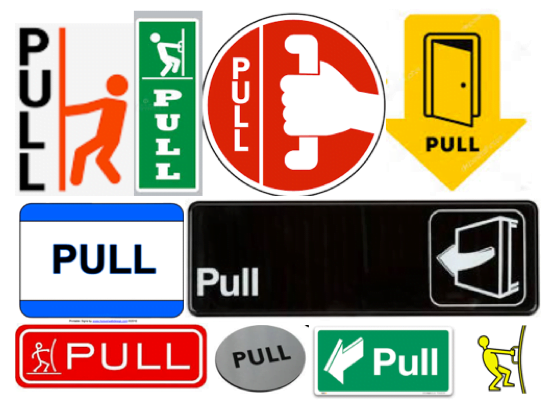 The Power of Pull

Let’s imagine you stumble upon a scene where a tug-of-war is taking place. On one end of the rope are five people; they all work for your competitor. On the other end, your leader is pulling all by herself. She’s getting pulled pretty hard, and it’s clear that your organization is going to be humiliated if no one joins in and helps her.

I’m pretty sure that—provided you have the physical ability—you would run to the tug-of-war and grab the rope to help your boss. You might even call out to colleagues nearby to come help. And you would do this with great intent. This would be your idea; no one has told you to do it.

Now, compare this with a similar scene. There are five people from your competitor, and they’re waiting for your team to get on the other side of the rope. Your leader and her executive team are gathered together, deciding who should pull for your team. Once they’ve picked a team, the leaders sit nearby and offer constructive feedback to those pulling.

If you were picked to pull, would you do it with the same determination and grit that you would have if you just stumbled upon the first scene? I doubt it.

This is the difference between “pull” and “push” when it comes to leading change. And this difference is one of the keys to unlocking successful change.

When we pull our people to and through the change, they pull the rest of the way…they carry us on their backs. When we push change onto people, they push back. They’ll comply, of course, if they must, but it’s not lasting change.

Change needs to be our people’s idea, not ours. Even though we need our people to change, when we present a pre-packaged change—something we’ve largely solved for already—we’re pushing the change on to them, and they push back. They may act like they’re buying in, but inside, they want to throw things at us. (As we’ll see in an upcoming newsletter, they have cognitive dissonance.)

Instead of getting our people to change, we need to get our people to want to change. We do this not by forcing change, but by humbly asking our people to join us on the change journey. We share a vision for a great future with them. We reach our people’s competitive spirit. We encourage our people; we let them know that we can do this. We show them that we’re fully “in” on this process.

This is risky for us; not knowing whether our people will come with us can be nerve wracking. It may seem dicey…until we see the carnage left behind by those controlling leaders who tried to push change onto their people, and we compare it to the winners at change…the leaders who pulled.