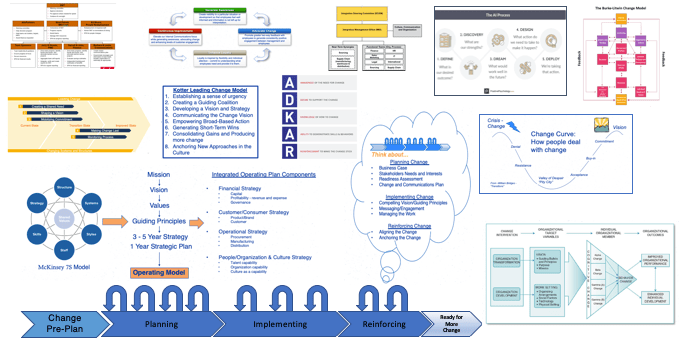 Change is Not a Checklist

People love lists. We use lists to stay on-task. We click on lists all the time—from the top five chicken recipes to the 20 best gangster movies. There must be some evolutionary/DNA thing that makes us love lists.

I don’t mind lists. My book was recently listed as one of the best change management books for 2022. Not once but twice. I’ll take it!!

People leading change are often big on lists. They want someone to give them a list that tells them how to lead change. “Just give me a list, and I’ll execute on it,” people say.

Most change experts go even further: They develop whole models based on multiple lists. And these models can make good roadmaps for the actual tactical implementation of a change. I’m not inclined to go to a place I’ve not been to before without a roadmap. It’s reassuring, it can cut out a lot of time-wasting dead-ends. So there’s value in models, in lists.

But change is not a checklist; it’s not a model. It’s a decision.

When studying scores of organizations going through change, I found that most organizations that failed at change used the same checklists—the same models—as those that won at change.

Leaders who lost at change actually thought that as long as there was a checklist—a “proven” model—to use, and they had good people working on the change, they were fine. They just needed to get their people to change.

Winning leaders appreciated the need for a roadmap, but they somehow knew that “getting our people to change” was actually the LAST thing they wanted. That’s because “getting people to change” is shallow compliance; it doesn’t take into account muscle memory, habit, history, the way we’ve always done it. People will go back to their old ways after complying. We’ll do all this work, they realized, and the change will be lost.

Instead, these winners had a different mindset. They recognized that they needed to get their people to WANT to change…to decide to change. This insight drove them to act differently, to lead differently, to change themselves and how they led. It helped them recognize that—during a change—leadership is not about getting people to do things; it’s about helping people come to the right decisions.

So change is a decision, not a checklist. It’s about mindset more than models.