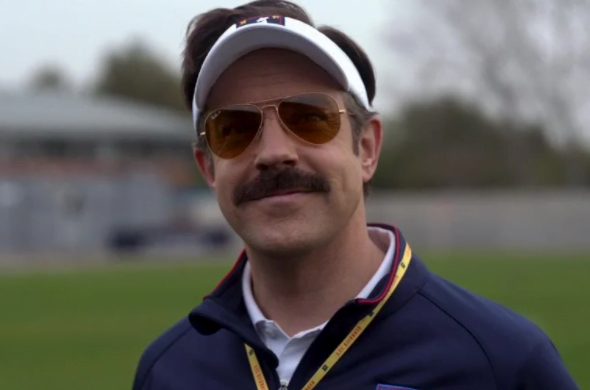 In the Apple TV+ series “Ted Lasso,” Ted is an American college football (gridiron) coach from Kansas who gets named manager of a British Premier League football (professional soccer) club. He’s clueless about soccer when he takes the job.

It’s far-flung fiction to be sure, but it works because Ted (Jason Sudeikis) is a quirky leader who surprises us with lessons in just about every episode. As he leads changes among the struggling football team, the team (eventually) has some success.

Along the way, beyond everyone else’s salty language, he teaches us a few things about leading change:

Ted Lasso is no super-human. We needn’t be either. We just need to have humility, curiosity, patience and open ears—among other qualities.

NOTE: Shout out to Rev. Dr. Robyn Michalove. My wife and I have enjoyed her class on the lessons of Ted Lasso and how they tie to Gospel lessons. Thanks for sparking the idea, Robyn.